MASTER
Home
About
Get There
Tickets

By 168 Film Festival (other events)

The 168 Film Festival is the crown jewel of the 168 year, where the filmmaker is the star. It's a glitzy, red carpet affair featuring artists from around the world, vying for over 25 categories of awards.

Saturday kicks off with a Kids Program and a fantastic lineup of short films, and finishes with a pre-release, blockbuster feature film from a major studio.

Sunday highlights include screenings from outstanding artists around the world, and the annual Red Carpet Walk. Don't miss this year's panel discussion entitled, "Redeeming the Timecode: What is the Gospel's Place in Film and TV?" (panelists to be announced). The 13th Annual Awards Show promises higher stakes, more stars and more excitement than ever before, followed by the legendary 168 After Party! 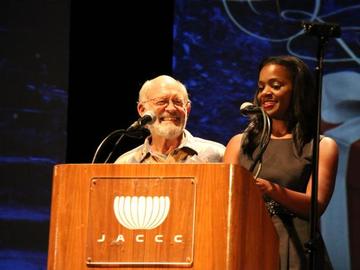 Kids Screening Saturday Morning. Many of the other films deal with mature subjects, suitable for children 12 years and above.

other events by this organization